Portugal has been one of the most successful of EU countries at suppressing the coronavirus pandemic; though it had a second wave in January, it now has new cases down to just a few hundred a day, and deaths in single figures. That's a remarkable performance. Italy, for instance, is still seeing over 10,000 new cases a day.

While it's tempting fate to say that Portugal is definitely "post-pandemic", with 7% of the population fully vaccinated and a quarter of the populaion has had at least a single dose (and the numbers are growing). We can hope 2021 will see normality return, perhaps quite slowly.

What are the outcomes for real estate?

Despite the pandemic, 2020 saw property prices continue to increase, though more slowly than the year before (8.4% against 9.6% in 2019) according to figures from the INE (National Statistics Institute). Resale properties did best, with newbuild underperforming the market (prices rose only 7.4%). Even during the final quarter of the year, prices continued to increase.

This is a real vote of confidence in the future, as tourism - a huge sector for the Portuguese economy - performed poorly last year, bringing gross national product down by 7.6%. That's the worst recession since the 1930s, and worse than the EU average. The bounce-back is also likely to take longer to come than was at first expected, as Portugal met a second wave, and a new lock-down was imposed earlier this year - though it's now loosening again.

And yet average sales prices in the first quarter of 2021 have done even better with an increase of 18%! Listings rose 88%, too, so there is a lot more property on the market - remember that last year's Q1 saw the beginnings of the pandemic, and that it's never been a particularly strong quarter. The reason might be really simple, as people who needed to sell their property finally decided to enter the market and those who paused the purchase project got back to business.

Agency ERA Portugal sold more than 2,500 properties in the first quarter of the year - 45% of that in March, the agent's best month since December 2019. There has certainly been  some debottlenecking effect, but it does seem that the basic demand is there.

Albufeira and Algarve suffered more than others

There are several interesting specific features within the market. For instance, Confidencial Imobiliario magazine says that around Albufeira and the western Algarve, it's higher end properties that have seen the largest falls in price per square metre while mid-range properties were more stable.

And despite Brexit (or perhaps because of it, as British buyers took their last chance to grab residency rights), Brits remained the biggest buyers of resort properties in the second half of 2020. They accounted for over half of all purchases around Albufeira and over a third in the western Algarve.

However, expectations for 2021 as a whole are that prices will remain static, with just a 0.4% rise.

One reason is that rents have been falling - the Idealista index shows rental costs for houses fell over the year to March 2021 by 5.1% year-on-year and 1.7% against the last quarter of 2020. In Lisbon, rents fell 6.4%, and in the other two most expensive areas of the country, the Algarve and the North, they also fell, though by only 2.7% and 1.3% respectively. That suggests these areas may remain a bit overheated.

Another reason for expecting some softness in pricing is that new developments that were delayed during the lockdowns are now coming on to the market, and some developers are offering discounts. We see some discounts of 5-10% for offers on the market, and exceptionally 15%, on properties in the Algarve.

Interest rates as low as 0.892%, together with mortgages that can run for as long as 40 years, continue to make buying a Portuguese property attractive. You could buy a EUR 750,000 villa for monthly outgoings of around EUR 1,500 a month - less than the average rental for new tenancies in London, which would probably only get you a poky one-bed flat! And if the property price is lower, the mortgage payment will reduce as well. 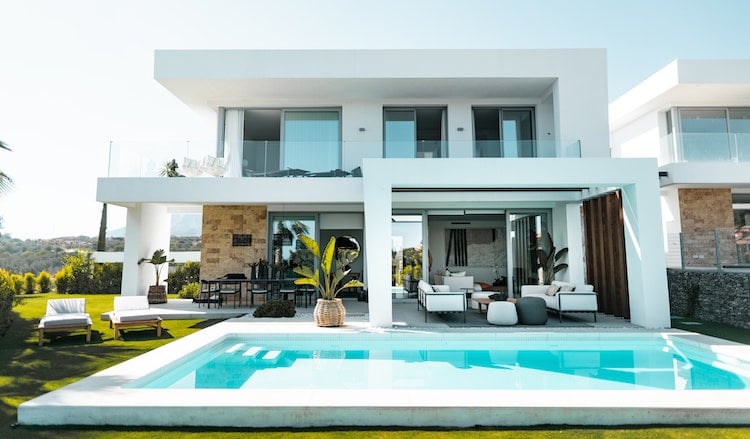 In fact, mortgage rates are now so low that an investment property should be self-financing.

Secondly, a big impact of pandemic lockdowns has been a change in the residential property market. People are looking for somewhere to live that gives them more room and a better lifestyle than a tiny city centre flat, and both employees and employers have become used to teleworking as a way of life.

While no one sees Zoom meetings as the best way of doing business all the time, teleworking has become more standardised, and a lot of firms may allow their employees to become 'semi-detached'. Chestertons Portugal points out that many people could do a substantial part if not all of their jobs from the Algarve; with high speed fibre being rolled out across the region, it's now a great place to work, as well as relax.

Lisbon, on the other hand, is suffering from the desire for bigger spaces, more greenery, and access to country walks.

The other thing that should keep the market for foreign investors in Portugal looking good for 2021 is that the changes to the Golden Visa programme which would have excluded Lisbon, Porto and coastal Algarve properties have now been delayed till the start of 2022. While Lisbon now is probably not going to be a great investment, my feeling is that the Algarve could be quite buoyant - though it's still unclear what the effect of Brexit finally taking effect will be. (Brits will now need a visa for stays longer than 90 days at a time.)

As for rural destinations, particularly in the centre and Alentejo, they look exceptionally well priced, and the smaller cities, with thriving economies and domestic demand, could be worth investigating.

Does this still sound a bit like 2020? Yes - but we think the Algarve might do rather better than we expected it to last year, and Lisbon rather worse.