Is buying Swiss property to rent a good strategy?

First of all we should note that prices in Switzerland have gone up since 2004. The Swiss Residential House Price Index has risen from below 120 to nearly 180 over the period. Of course, rental rates have gone up too - but they haven't quite kept pace over recent years.

In fact UBS has been warning that property is overvalued for a while now. Its 'bubble index' puts Zurich behind Munich, Frankfurt, Paris and Amsterdam as markets that are in potential 'bubble' territory. On the other hand, UBS sees Geneva as much less exposed though still in the 'overvalued' category. (Out of the 25 cities that UBS looks at, only Chicago remains undervalued.)

And UBS also says the owner-occupied market in Zurich has dried up. Almost all new housing has gone to the rental market, and there has been increasing demand from landlords to buy in the city center. While the risk of a bubble has declined as the economy has recovered, the market is still stretched.

Worse, housing prices are still rising while real rents fell by 1% last year. In Geneva, October 2020 saw rents in the city fall by 1.8% year-on-year, while for the canton as a whole there was a fall of 1.1%.

The market depends on persistently low interest rates, and is being driven by expectation of price increases rather than running yields

So running yields (the amount of rent you get compared to the purchase price) are lower. But there's another factor to be considered; the fact that the price-to-rent ratio is so high means the market depends on persistently low interest rates, and is being driven by expectation of price increases rather than running yields. That means some landlords could panic if prices fall.

Secondly, vacancies for rental properties keep rising. This is a hidden menace for many investors, because they don't include contingency for periods when their properties are unlet in their financial plan. Back in 2018 the Swiss financial regulator warned it was unhappy with the high amount of banks' lending to real estate, and pointed out that 70,000 homes were vacant - that's a city the size of Bern.


There's a third worrisome factor for investors in real estate worldwide right now. With interest rates at all time lows - in fact, in Switzerland you'll get a negative return on cash in the bank - no surprise that investors want a good return. But what will happen to them if inflation takes off, as some economists think could happen as a result of economic stimulus after the pandemic? Banks are likely to hike interest rates to keep pace.

Of course, if you're borrowing to finance a property now, you should get a fixed rate loan. That will protect you against the direct impact of higher rates. But when property is compared to other assets, such as cash, it may not look so attractive.

What is the rental yield you can expect?

Still, let's look at an example of what returns a Swiss buy-to-let could deliver over the long term. You could buy a flat in Dietikon, canton of Zurich, for around CHF 1m, and rent it out at CHF 28,800 a year (CHF 2,400 a month). That's a gross yield of 2.8-3%, which isn't great if you compare it with gross yields up to 8% in some smaller French cities, or 5% plus in Spain.

Of course, out of that you'd have to provide maintenance, management (or your own time), property tax, and repair costs or a sinking fund. Your net yield would be smaller. However, it would still be more than negative - so better than leaving your cash in the bank. 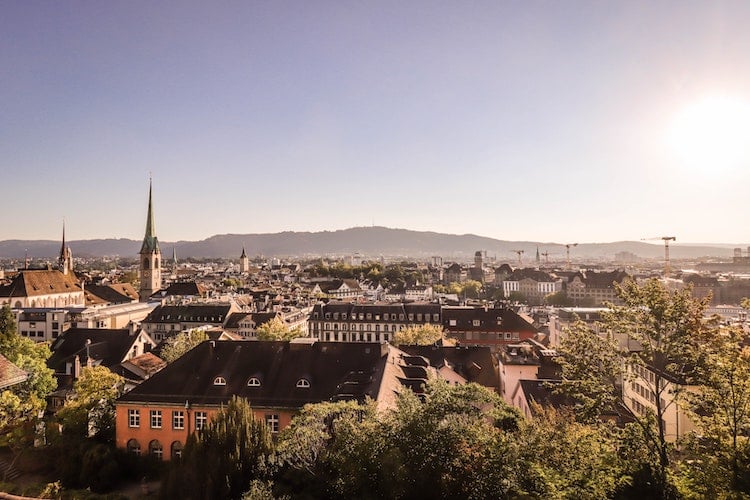 Using mortgage can increase your yields

But if you used a mortgage to pay for two-thirds of the purchase, you would get even better returns. Since you're only putting up a third of the price, the post-tax net return on your equity capital would be 4.3%. And your interest rate would be well below the gross yield, so you'd have more money coming in than going out every month.

Add to this the fact that in Switzerland, mortgages can often run for 40 years, spreading the cost over much longer than is the case in other European countries. That's a big advantage for buyers. And this calculation doesn't include capital growth over the long term, which could be substantial.

UBS figures suggest that an investor who had bought an average flat in 2002 for CHF 450,000 would find that by now it would be worth at least CHF 700,000 if not more. Added to the rental return, you'd have an annual return of 7% if you were a cash purchaser - even higher if you had borrowed part of the purchase price.

Note by the way that your interest, as well as maintenance costs, are tax-deductible in Switzerland.

So, while this might not, on a two to five year perspective, be exactly the right time to invest, in the longer term you will probably find good quality rental property a decent investment.

Finally, of course, Switzerland is not a single market. Where you invest will have a huge impact on your results. Right now, Zurich looks very highly valued. Geneva, Basel, Lausanne and Berne also have relatively low rental returns. Lakeside municipalities can also be very pricy.

Instead, look for the secondary cities like Fribourg, Bulle, or perhaps Baden. They are reasonably sized, have good transport links, and are more affordable than the larger conurbations. You'll need to do some detailed research beforehand but if you get the right property, and a good tenant, you will have a steady income and a prospect of stability.